Making a LED matrix took me way longer than expected. Things I might consider next time: mind the diameter of the wiring or they’ll burn and the 2gb sd-card lying around might not be big enough..

One of my long standing idea was to build a LED-Matrix, probably due to watching too much Knight Rider. With LED matrices being widely available and also inspired, again, by things I saw at the GPN18 I ordered a 64x64 LED display for a decoration of an upcoming event.

Raspberry pi zero controlled LED matrix with a distance sensor that turns it off when no one is around.

I decided to use a time-of-flight distance sensor that uses a laser source like this one. I was actually able to visualize the laser point using a fullspectrum camera, which I thought was nice as a confirmation of the measuring angle (the left picture shows only a tiny source where intensity increases when moving the lens just parallel ). 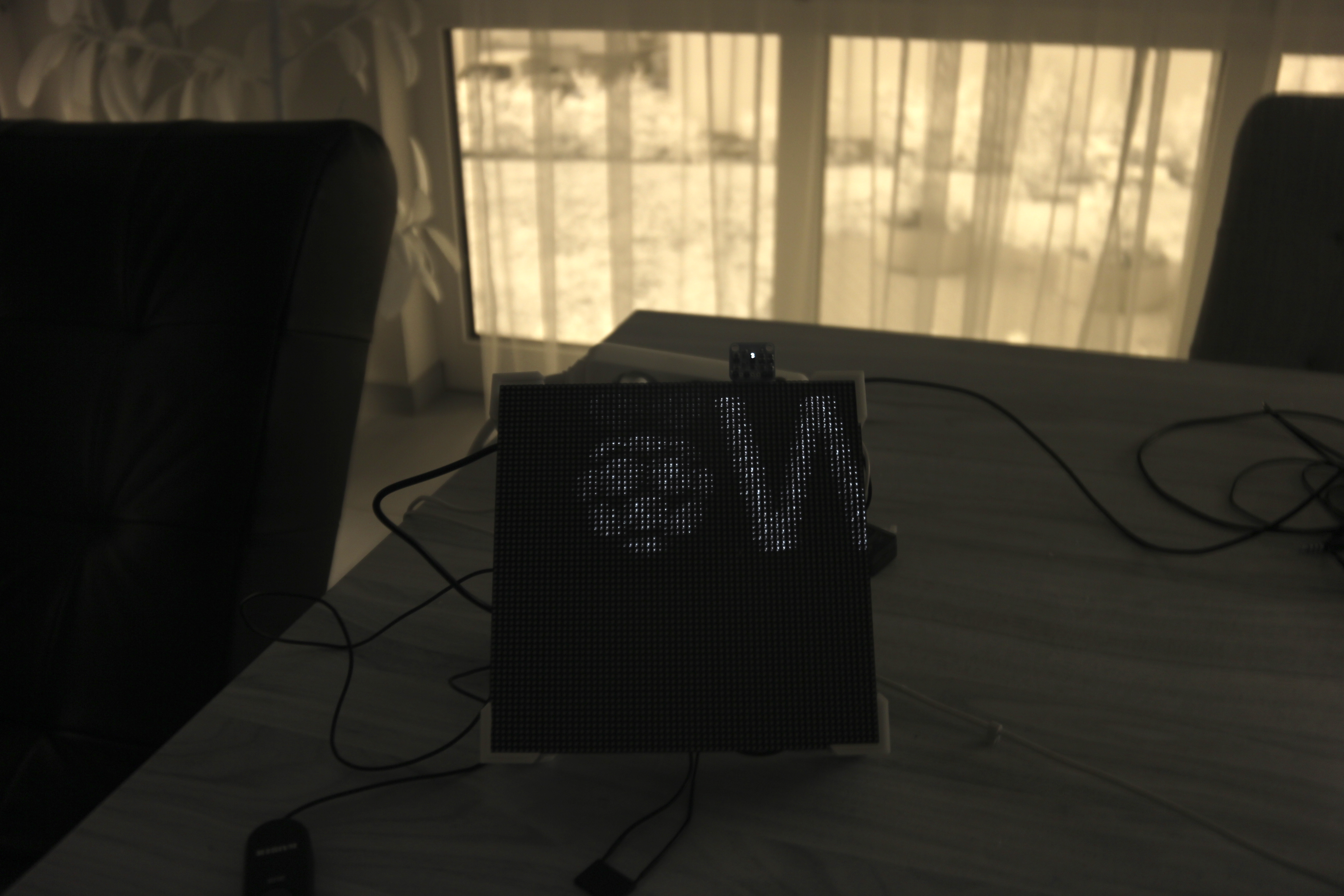 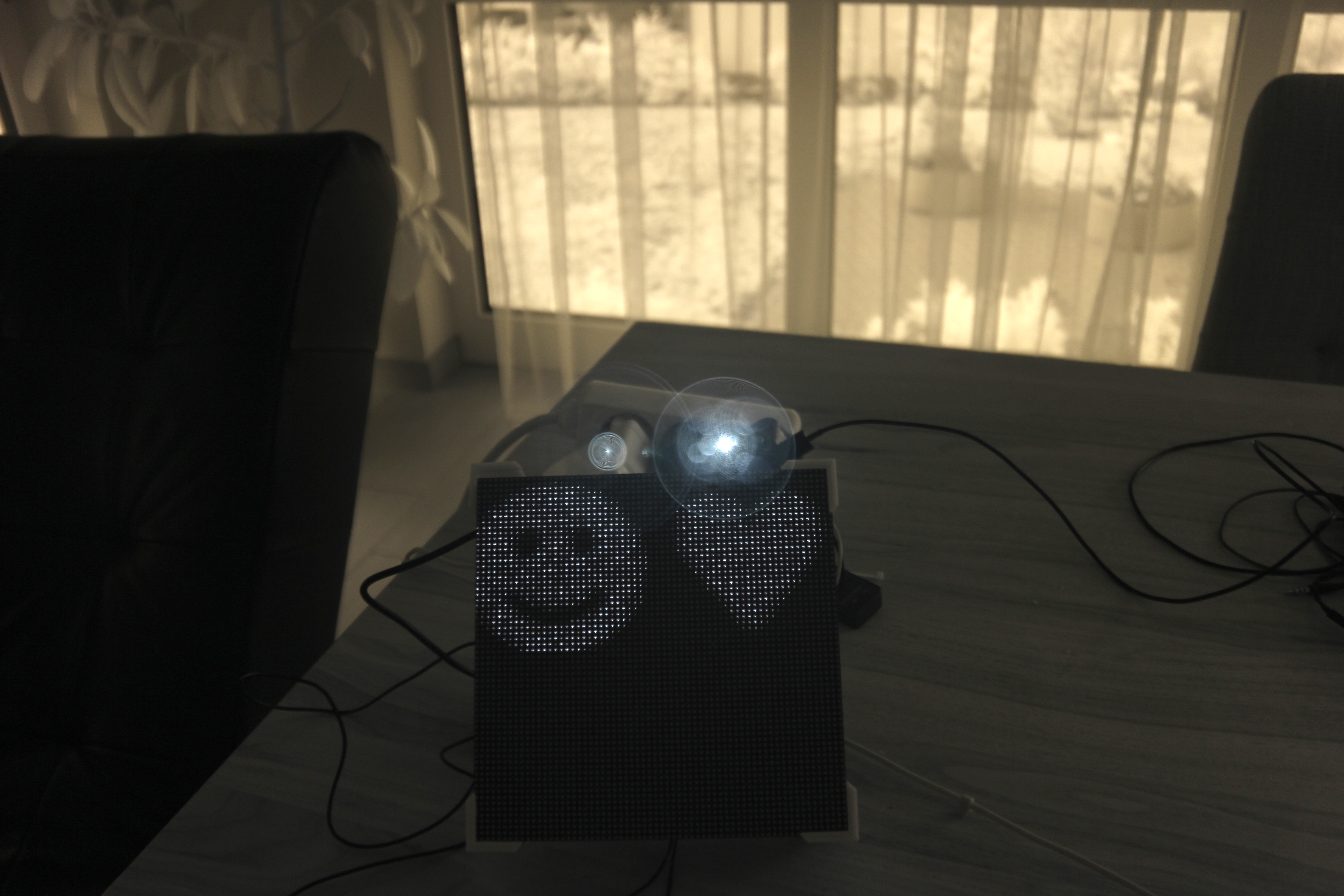 I modified an scad frame as described on thingiverse.

To code something without knowing the language (python in this case) took quite some time and still is quite unfinished although working: Check out the code if interested.